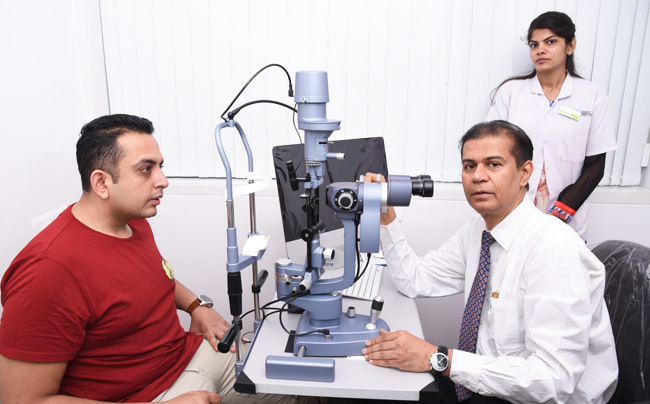 A study indicates that both the technologies have similar visual and refractive outcomes however, the femtosecond laser group was associated with low Phacoemulsification energy and reduced corneal endothelial cell loss. Many of the studies done to compare both these technologies have studied the impact of FLACS on the inflammatory profile of aqueous but failed to study the overall alteration in the inflammatory profile of the aqueous at the end of cataract surgery. The final changes in the cytokine profile and inflammatory alteration is a better representation of immediate postoperative inflammation.

A recent study concludes that although the FLACS and conventional phacoemulsification surgery provides similar results in terms of clinical outcomes and safety, the FLACS has yet to demonstrate its impact on cost-benefit analysis. In a literature search done on 15 randomized controlled trials and 22 observational cohort studies totalling 14567 eyes, it was concluded that although there were no statistically significant differences detected between FLACS and manual cataract surgery, FLACS was associated with high posterior capsular tear rate and higher prostaglandin concentration. Another study indicates the incidences of posterior capsular tears to be 10-fold higher in FLACS as compared to Standard phacoemulsification.

A recent study has comprehensively compared the prostaglandin E2 (PGE2), aqueous oxidative stress and cytokine levels after femtosecond laser-assisted cataract surgery versus conventional phacoemulsification. The study also studied the impact of a nonsteroidal anti-inflammatory drug (NSAID) on the inflammatory profile of aqueous.

The randomized controlled study was conducted on 70 patients and was held at a Singaporean hospital. 70 patients were divided into two groups of 35 patients each. While the first group was treated to compare the effect of both the technologies, the other group was treated to conclude the effect of NSAIDs on the inflammatory profile in FLACS. During the screening process, the patients with co-morbid ocular disease and who were on NSAIDs were excluded as the drug may interfere with the result.

In the group first, the patient undergoes either the conventional surgery or the FLACS surgery on a random basis. In the first stage, the surgery, either conventional or FLACS is performed on the right eye. After 3-4 weeks of the surgery in the first eye, the patients have subjected to the surgery in the second eye in such a manner that both the eyes of each patient have different types of surgeries. The surgery was done under the effect of local anesthesia. The proper topical antibiotic regimen was followed by administering antibiotic eye drops at regular intervals before the surgery. The FLACS surgery was performed using the LDV Z8 system (Ziemer Ophthalmic Systems, Port, Switzerland). The patients randomized for NSAIDs preoperatively to FLACS received 0.4% topical ketorolac tromethamine four times daily 24 hours before surgery. The steps of  FLACS surgery in the second group involves anterior capsulotomy, lens fragmentation, and corneal incision.

The result indicated that FLACS had a significantly higher level of PGE2 and PGE2 and interleukin-1 receptor antagonist (IL-1RA) after laser pretreatment as compared to conventional phacoemulsification procedure. Preoperative use of  NSAIDs brought higher levels, due to FLACS, down, like the levels seen in conventional phacoemulsification. It was also seen that intraoperative miosis also occurred with FLACS however, with the preoperative NSAID use, this problem was significantly reduced. There was no statistically significant difference between the level of malondialdehyde and clinical flare. Post phacoemulsification procedure, the level of PGE2 rises in all the groups without any statistical difference. A correlation between the increase in the level of malondialdehyde and the effective phacoemulsification time was also found. During the FLACS, free radicals are produced that may damage the corneal endothelium. The study indicates that there was no significant difference between the oxidative stress between both the groups. This may be because a low-energy femtosecond laser has been used in the study which has a low free-radical generating characteristic. A high-energy femtosecond laser might have changed the result related to oxidative stress and may provide a statistically significant difference between both the technologies.

This study is important due to the first of its kind to compare the inflammatory condition of the aqueous after the complete phacoemulsification procedure. This study concluded that although NSAIDs reduce the level of prostaglandins after laser pretreatment however, the NSAID fails to provide relief in the level of PGE2 after phacoemulsification. 20% of the people with FLACS-NSAID group had intraoperative miosis indicating the involvement of another mechanism/s in developing intraoperative miosis along with inflammation.

Even with certain limitations, the study is important as it has thrown a light on various aspects related to FLACS and phacoemulsification and provides an understanding of the impact of NSAID on the FLACS outcome.